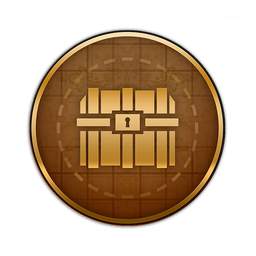 Lost Treasures was a Collection Event for

Map Room is a new location added to the game that replaces the Landing Pad's buildings, near the The Repulsor, in Kings Canyon. The most prominent characteristic of this new location is its large multi-faceted antenna structure.

The only available armor will be

This event continued utilizing the Prize Track system, but this time, the maximum amount of points you can get was increased to 5000. All players who logged into the event also received the Lost Treasures Music Pack.

The Lost Treasures Collection is a set of 24 cosmetics exclusive to the event. The collection cosmetics can be obtained by:

Completion of the Lost Treasures Collection allows the player to unlock Mirage's Heirloom Set before it is included in the normal Apex Packs loot table.

The Special Offers tab introduces a new event page featuring 7 additional limited cosmetics. Each of these event limited skins and charms will have a special price of