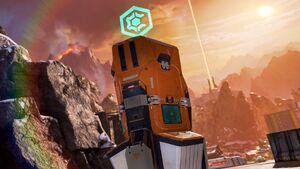 Crafting is a mechanic introduced in

Replicator. They do not occupy any inventory space and are kept after death (in case the player is respawned). They cannot be looted off death boxes. 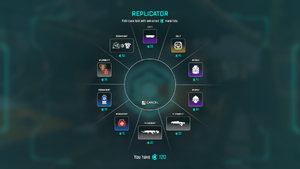 Replicators are stations which can turn materials into loot. It takes 10 seconds to craft, and all players in the nearby area are notified if a Replicator is being used. Replicators have eight slots: two change daily, two change weekly, and four are permanent. Their locations on the map are randomized but players can reveal their locations during the first 10 seconds of the game. Additional Replicators get dropped as the game progresses.

Each day, two high-tier attachments are put in the Replicator and do not spawn on the ground. The items rotate at 10 am PST.

Each week, two high-tier loot are put in the Replicator and do not spawn on the ground. The items rotate on Sunday at 10 am PST.

Replicators can always craft the following: